Filmmakers around the world are, over the recent years, taking advantage of Thailand’s exotic locations, cheap and hard working labor, and high production values, to shoot many of the movies and other productions; contributing millions to the country’s economy. While, these reasons and more were mentioned in a previous blog, we expanded the location factor, covering each part of the country, in a series of blogs to highlight little known locations with list of the popular movies shot in those parts.

The series having, previously covered Northern, Western, and North Eastern and Eastern parts of Thailand, now looks at the Central part of Thailand, barring Bangkok, which with its popularity, preference by many filmmakers to shoot, locations capable of doubling up for any place in the world, merits a single blog of its own.

The Central Thailand covers Bangkok Metropolitan, Chao Phraya Basin, Northern Gulf Coast and West of Bangkok. It is the richest part of Thailand, boasting of the complex irrigation system developed for the wet-rice agriculture that provides the necessary economic support to sustain the country. It is also a focal point of trade and transportation from the ancient times and, in the recent times, industrial activity. Bangkok, Ayutthaya, Hua Hin, Kanchanaburi, Lopburi, and Nakhon Pathom are among the most well known cities in this region.

Due to its historical importance, the area boasts of locations, houses and temples that are influenced by the Burmese reign, establishment of the present Siam kingdom and colonial periods. They have regularly double up for Cambodia, Vietnam and other South East Asian countries.

Selected below are few of the locations from the region.

Phra Narai Ratchaniwet: A perfect blend of two different architectural styles – French and Khmer. This palace was commissioned by King Narai with the contributions of French architects. It is a beautiful ancient location which can double up for 17th century European times, or any period of the colonial times in Asia. 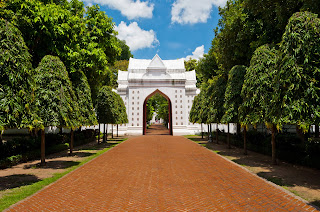 Wat Sao Thong Thong: A remarkable, unique and historical importance location of the area. This western style viharn was originally built by King Narai as a church for the Christian envoys. He later ordered the replacement of Thai windows with Western-style windows with Gothic-designs in the secondary chapel.  However, today this viharn is a Buddhist temple with a large seated Buddha image inside, resulting in one of a kind temple inside a church. 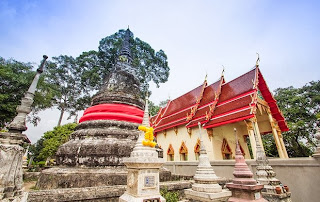 Buffalo Village: Most are familiar with the Elephant village up north of Thailand; however the country is home to a large population of water buffalos, an animal very importance to Thailand, culturally and historically. The locations around can also easily double up locations in the South East Asia, many a times set as a village with the buffalos and villages during the Vietnam War. 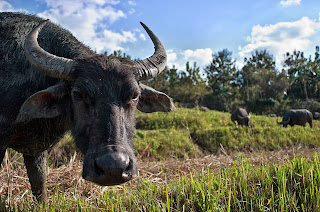 Bang Namphueng, Damnoen Seduak and Amphawa Floating Markets: The famous floating markets which has been extensively a part of many productions shot in Thailand. They reflect the charm of the canalside lifestyle of the community, in addition to of course the food and drinks. Its beauty has been dubbed, “Venice of the East” by early European visitors. 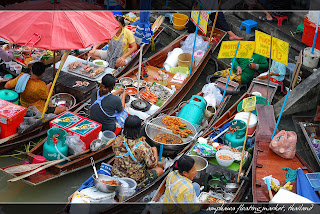 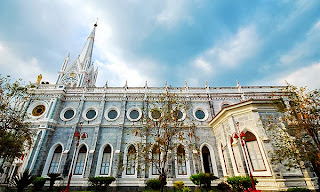