Thailand Location Series: The North Eastern and the Eastern Thailand

The Northeastern Thailand is popularly known as Isan locally. It borders Laos along the Mekong River and Cambodia in the southeast. Due to this, the population is divided into Lao speaking majority who call themselves as Khon Isan; and the other Khmer speaking community who follow customs very similar to Cambodia.  The region is the least fertile, boasting of exceptionally hot, dry climate. It is culturally rich, and home to many Thai Prime Ministers and other prominent figures in the country. However, the region remains the poorest in Thailand.

The Eastern Thailand is characterized by short mountain ranges alternating with small basins of short rivers which drain into the Gulf of Thailand. It has many popular tourist places, most notably Pattaya, the notorious sex tourist haven, and also other beautiful offshore islands.

Below are few of the least well known locations of the regions.

Phu Kradueng National Park: The ultimate destination for Thai trekkers. Every year, thousands of people come to travel up this famous mountain which is 1316 meters above the sea level. It is perfect for the productions looking for vast wide plain and cold climate pine forest. 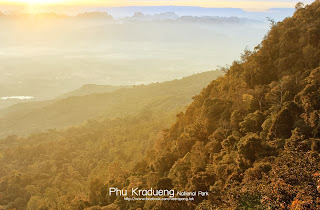 The Catholic ChurchChanthaburi: For productions involving beautiful Gothic architectural styled church, this is a perfect choice. The church is the largest catholic edifice in Thailand and boasts of beautiful interiors and surroundings. 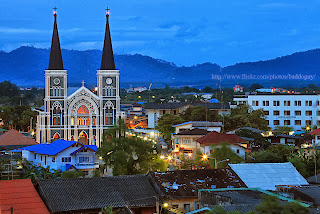 Koh Kradan: One of the most beautiful islands with white long sandy beach and wonderful coral reefs. Is one of the favorite locations for the Bollywood and local productions. 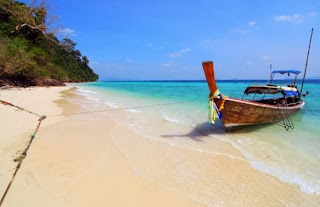 Mukdahan National Park: This location is famous for its unusual rocks. Moreover during the rainy season, the flowers of different colors bloom from the rocks giving it magnificent colors. It had been featured extensively in many Bollywood productions. 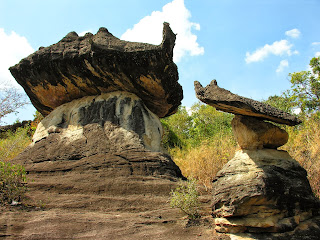 Mo Hin Khao: This is the Stonehenge of Thailand. The location claimed to be between 195- 175 million years but nevertheless for this is a perfect location for the productions involving ancient Jurassic times or sci fi production to show strange alien lands. The possibilities are endless. 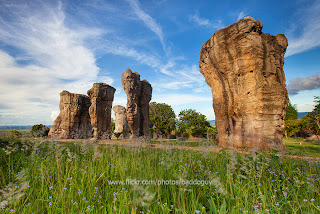