This post follows our earlier post on Thailand International Film Festival 2013 highlights. This is an expansion of that blog on the issues discussed during the seminar with incentives being the primary concern. You can read the earlier post here.

Attractive locations, hard working crew, high quality production and lack of tax incentives and other factors came into discussion at the one-day seminar of Thailand International Film Destination Festival Bangkok, 2013. The seminar as mentioned was headlined by two of the leading location managers from Hollywood and international filmmakers with experience of shooting in Thailand. The guests collectively provided interesting insights into the factors that determine studios’ decision to choose a location and shared their experiences of working in Thailand

In both of the sessions, as challenges of shooting in Thailand were discussed, the discussions of course inadvertently turned to the lack of incentives.

Incentives for those who do not know are usually something that motivates an action to occur. In the context of filmmaking, incentives (known as Movie Production Incentives) are usually tax rebate, co-production treaties, government grants and other attractive packages like free transportation for the cast and crew and etc. These attract the filmmakers to come to the locations where they can enjoy the incentives and help them lower the cost of the movie productions.

Despite being in the spotlight for many movies being shot here, Thailand unfortunately have had no incentives. Regardless, many foreign movies continue coming to shoot here for there are other reasons such as low cost of production, hard working and experienced crew, exotic locations, excellent infrastructure, availability of equipment and etc. making it one of the most attractive in the region.

However, many big budget movies are reluctant to come and shoot here for the executives running the studios behind those movies consider incentives as the most important factor while considering a location to shoot. Moreover, their time is limited and thus if there is no incentives, other details of what Thailand has to offer is of no interest. The issue of not having the incentives thus makes it difficult for Thailand to be on the shortlist of locations for only the countries with incentives and so deemed cost effective will be more favored.

We do understand the importance of incentives however, in the same discussion other factors of Thailand were too highlighted which made it attractive. In the next post, we will thus explore those factors and how without incentives, Thailand is still very attractive place for filmmakers to come.

The prisoners were lined up under the hot sun. Tears streamed down their faces as they looked at each other before turning to stare at the firing squad in position with the guns pointed ready to fire upon the command. The commanding officer strutted, spit out the chewing gum and looked at an officer sitting in an idle jeep, a distance away before turning to the photographer standing next to him with a nervous expression. The overweight office asked the photographer if he was ready and as the latter nodded apprehensively, the officer took aim and in loud voice ordered the squad to fire… 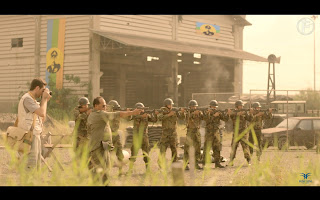 The commercial for Micromax (12th largest handset manufacturer in the world), line produced by Benetone Films (Thailand’s premier production house), started off on somber note but take a surprising turn and in the end become a celebration of life and color. The short commercial conveys the beauty and multi color of lives. 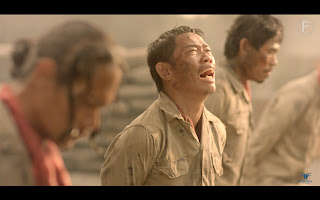 The challenge of bringing such a beautiful commercial with vast arrays of exploding colors was a challenge. The colors were meant to explode at the exact moment and also with colors needing to explode on the wall and everywhere around, it means the usual bag of colors under the shirt trick (use for blood scenes) is no longer adequate.

However for us at Benetone Films, the more challenging it is the more fun it is. For us to handle such tasks and bring it to fruition in result for such a colorful commercial was certainly fun and yes exhausting. Moreover, we were supported by our hardworking crew and the cast who braved the scorching heat to participate in bringing this commercial to life. 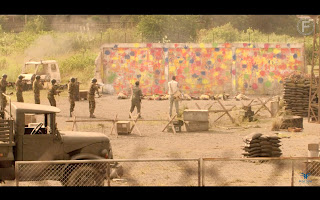 By the end, the director and the client got exactly the commercial as they had envisioned and we feel proud to have helped them in bringing this vision into a reality.

The commercial has so far aired with the accolades pouring for the high production quality, the cast, the crew and the location that blend perfectly in this short but entertaining commercial.

You can check out the commercial below. 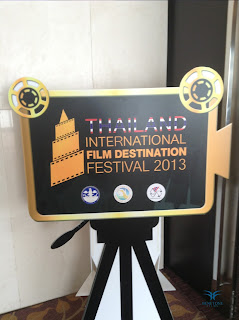 Thailand International Film Destination Festival which debuted from April 1 to April 10 was part of an effort to promote the country’s exotic settings and production facilities to the international screen industry.  Thus it came to no surprise that the movies screened during the festivals were the ones that were filmed in Thailand, headlined of which were the dystopian backpacker film, The Beach and the raunchy comedy, The Hangover 2. 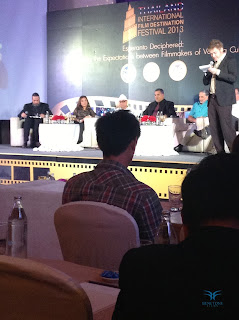 The event included a one day seminar held on April 5th at Centara Grand, Bangkok with two discussion panel sessions, one in the morning and one in the afternoon, with local well known figures from the film production in discussion with the foreign guests. Mr. Kulthep Narula represented Benetone Films which have had experience in the field for over a decade. 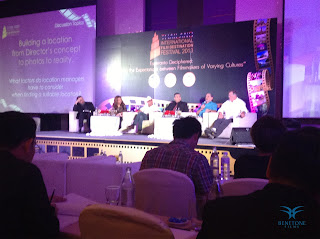 The local speakers besides Mr. Kulthep were actor, producer and writer Mr. Jude S. Walko and producer Ms. Sasisupa Sungvaribud who is also the president of the Film Production Services Association.

Even though, the sessions were dominated by different concerns, there was however one common issue that was raised and discussed extensively: lack of incentives in Thailand for the foreign productions. All of the guests concurred that while Thailand is an attractive option for the filmmakers, thanks largely to the exotic locations, professional and hard working crew, excellent infrastructure and film production services, its lack of incentives is hurting the business that the country should have been getting.

In our next blog, we will detailed the discussions and explore more on the issue of the incentives. 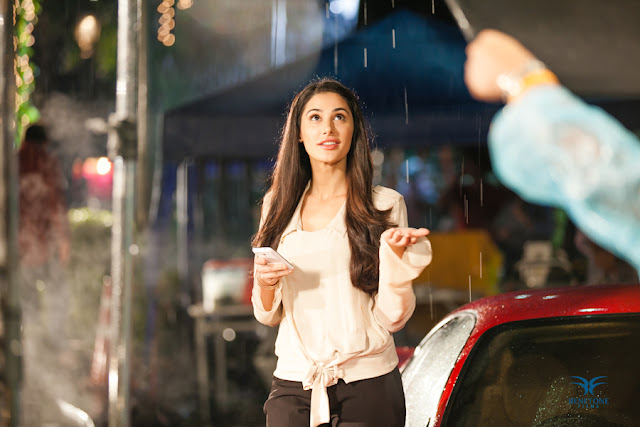 The gorgeous Nargis Fakhri (of the Rockstar fame) and Ali Zafar, Pakistan’s multi talented artist starred together in the latest commercial from Mobilink, line produced by BenetoneFilms in Thailand. The melodramatic commercial is very much like a Bollywood movie with a boy having a crush on a beautiful girl and later heroically rescues her (in this instance) from  the fiery flames.

Mobilink is Pakistan’s leading cellular operator with a subscriber base of 31.5m and a market share of 31% (as of October 2010). The company’s commercials has had been shot in Thailand in the past with Benetone Films hired as the line producer. This is a testament to our company’s professionalism and strong customer service which focus on the minimal disruptions, hassle free legal process and comfortable affordable stay that keep the customers coming back. 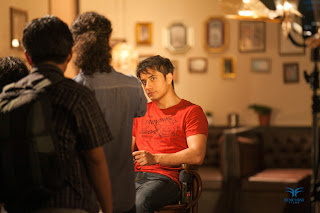 Ali Zafar is one of the most famous Pakistani entertainers. He has also in recent years, achieved superstardom in India by starring and singing in movies like Tere Bin Laden, Mere Brother Ki Dulhan and London, Paris, New York. Besides being a well known actor and singer, Ali Zafar also excel at painting. Despite being a huge superstar, the actor was a delight to work with and very professional.

Nargis Fakhri, on the other hand, is trying to make a mark in the entertainment industry having had starred in Rockstar, one of the most critically acclaimed movie of 2012. This was our second experience of working with the world famous model who as always is charming and sports one of the loveliest smiles. 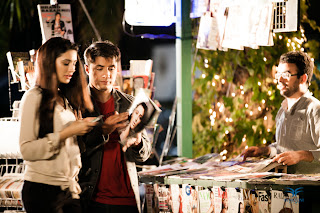 "Watch Nargis Fakhri in a commercial for Fashion & You! line produced by Benetone Films"

The commercial with the story line culminating in the hero rescuing the damsel in distress became one of our exciting and challenging projects of the year. Shooting with fire does raise complexity and a maximum safety measures is required. Thus, adhering to our high standard of quality, we hired one of the best pyrotechnic team in the country. This helped us to ensure that the effects would be very realistic.  Moreover, this has also made the actors more comfortable, knowing the professionals were handling it rendering more realistic performance.

However at the end, as we celebrate the success, it was a shame to see the sets go up in flame. The beautiful set was designed and constructed by a superb art team and focused on bringing the melodramatic to be more poetic.

For more pics, check out our album on Facebook at http://on.fb.me/10JTkF0

Also check out the news at http://bit.ly/12hxqxy in regards to the two actors together in Bangkok for the commercial shoot. It was all hush hush in our line of work!