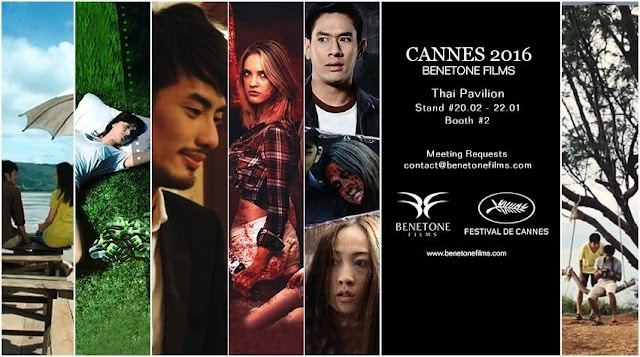 We're going down to Cannes for the film festival on May 11 -20, 2016. We will be located at the Thai Pavilion Stand #20.02 - 22.01 Booth#2. Interested in meeting up? Send us a note to set an appointment at contact@benetonefilms.com. We look forward to seeing you!

The Thai government has approved a rebate for international productions that spend at least $1.5m. 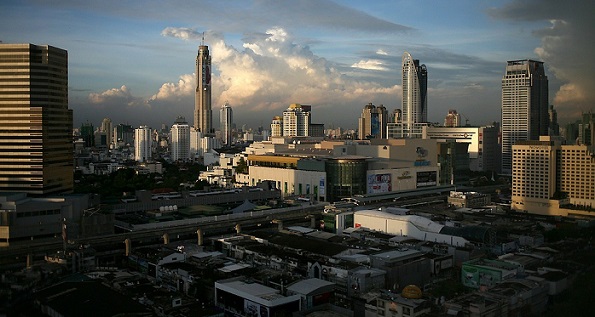 Thailand has finally secured government approval for production incentives in the form of a 15-20% cash rebate on qualifying local spend.

Expected to kick in from January 2017, the incentive offers a 15% rebate on international productions that spend at least $1.5m in the country, with a yet-to-be determined upper limit to prevent a single big-budget production from emptying the pot.

An additional 3% is available for films that use key Thai cast or crew when shooting in the country and a further 2% for films that have particular value in promoting Thailand.

Thailand’s deputy prime minister Tanasak Patimapragorn and Minister of Tourism and Sports Kobkarn Wattanavrangkul were both in Cannes to announce the incentive. “We’ve been working very hard to come up with this scheme and we hope you’ll look at Thailand in a new light. We’re committed to making our country a dream destination for everybody,” said Wattanavrangkul.

Thailand is already one of Asia’s most popular filming locations – recent productions to shoot in the country include The Mechanic and Chinese thriller Battle Of Memories – but has been facing competition from countries that offer incentives such as Australia and Malaysia.

The Thai government has been working on an incentives scheme for several years. The new incentive will be managed by the Thailand Film Office, working with the Ministry of Tourism and Sports, Ministry of Finance and Ministry of Commerce.

In 2015, a total of 63 feature films shot in Thailand compared to 41 the previous year. Nine features have filmed in Thailand in the first three months of 2016. 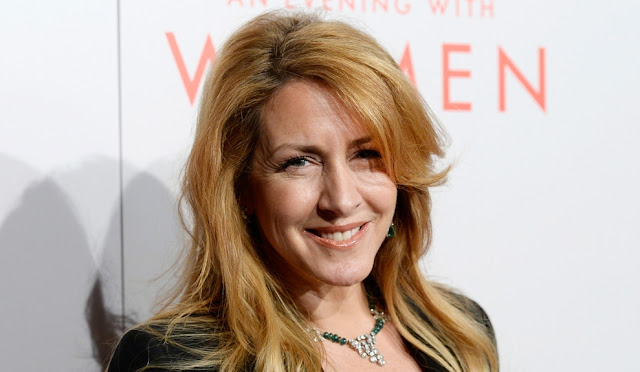 Joely Fisher is set to direct Oliver Storm for Benetone Films. The feature debut for the Ellen vet and Last Man Standing and Till Death actress is a family adventure penned by Emmy winner Gordon Bressack and his son James Cullen Bressack. Producers are Rachvin Narula, Kulthep Narula, Daemon Hillin.

Production will kick off in Thailand next year on the film that’s centered on introverted whiz kid Oliver Storm and his self-absorbed sister River. The pair embarks on an adventure through the streets of Bangkok and the jungles of Thailand to find their missing scientist parents.

When science and myth collide with the greed of an old colleague, Artemis Flood, Oliver is faced with a choice between saving his family or saving a mystical endangered forest that could heal the planet.

Fisher directed multiple episodes of Fox’s Till Death in 2010. She is currently helming Disney Channel’s KC Undercover and will next be seen in The Tribes Of Palos Verdes, the coming-of-age drama based on Joy Nicholson’s debut YA novel that’s toplined by Jennifer Garner. Fisher is repped by Janet Carol Norton at ICM, and managed by Todd Diener at Untitled Entertainment.

Check it out! Another project line produced by Benetone Films US for Jockey.

Shot around Los Angeles and Malibu, the campaign features dancers 'Feelin' Good' in their Jockey sleepwear and lingerie. At the helm of the campaign is Director, Isaac Ravishankara, who's directorial work includes music videos for Keith Urban, Ellie Goulding and Hozier.


Visit benetonefilms.com to view our other projects.