The Most Expensive Bollywood Movie Ever Made 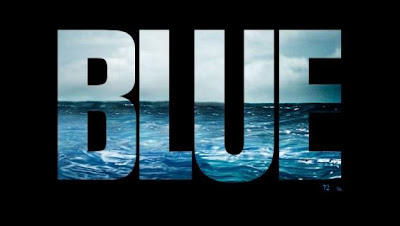 Deep crystal blue water and intense action scenes are the formula for the new Bollywood blockbuster hit BLUE, set to be released this Diwali weekend (October 16th). Shot on location in The Bahamas and Thailand (nice!), BLUE is the most expensive Hindi movie ever produced. For Hindi movie fans this is a long anticipated project, and with the nods it’s getting from viewers outside the traditional fan base, the movie promises to be an international mega-hit.
BLUE is the story of three friends (Sanjay Dutt, Akshay Kumar, and Zayed Khan) living in the Bahamas in search of a sunken treasure. Lara Dutta plays the character of a glamorous beach babe and Katrina Kaif makes an appearance to round out the star appeal of the film. The story is fueled by danger, deceit, and action. Lots of action: In the air, on the ground, and for the first time in an Indian film, underwater.

One of the biggest draws to this film is its “international” feel. Director Anthony D’Souza made it clear that he “tried to make a film that looks like it is from Hollywood but is in fact a 100 percent Bollywood film.” And producers spared no expense to help him, bringing in some of the best film technicians from around the world. Specialist cinematographer Pete Zuccarini (Pirates of the Caribbean, Deep Blue Sea) was brought in to capture the beauty of the ocean and underwater sequences. Fast paced action sequences – we closed roads and highways and blew up all kinds of vehicles for these shots - are guaranteed to get you wide-eyed thanks to James Bomalick (Fast and Furious – Tokyo Drift, Live Free or Die Hard). 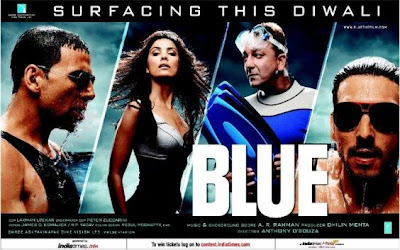 Make-up artist Nickolette Skarlatos (Pirates of the Caribbean 2 & 3, The Soloist) and hair stylist Clarabelle Saldanha (Transformers) brought their expertise even adding that Lara Dutt’s look was very similar to Hollywood star Megan Fox.
To impress music fans, the Oscar winning pair of composer A.R. Rahman (Slumdog Millionaire, Elizabeth: The Golden Age) and sound engineer Resul Pookutty (Slumdog Millionaire), were brought on to compose the tracks and handle sound for the film. More publicized, however, might be mention of Australian sensation Kylie Minogue, who was brought on to sing and dance for two of the most talked about songs and became the highest paid (more than $1 million) foreign star ever in a Hindi movie for doing so.
All in all, BLUE has the makings of a fantastic movie and Benetone Films is very proud to say we were a part of it. Here’s the official trailer (all the stunts not underwater were shot in Thailand), take a look and set aside some time in October to see the film: